A few practices concerning Pranayama and its connections with Stress and Anxiety.

Given that the way we breathe can have dramatic effects upon the way that we feel and think, there are perhaps many practices I could point towards in Pranayama that may be of benefit in helping with stress and anxiety. The obvious first step would be to follow what we would instinctively do to alleviate such conditions, namely – slow, steady, deep breathing, which is inherently calming and relaxing. We know, and can feel that shallow, rapid breathing patterns tend towards fuelling tension in the system, both emotionally and mentally: they can be a contributing cause and/or consequence of anxiety states and stress.

This calming effect of deep breathing is acknowledged in the early practices of Pranayama in that the first and foremost emphasis is on developing the Upper Abdominal Breath, sometimes called – Diaphragmatic Breathing. It is this Breath that begins the process of taking control of the movement of your breath through Sectional Breathing, initially, with the 3 Part Breath and then, the more advanced Mahat Yoga Pranayama (the 9 Part Breath). But it is this basic practice – Upper Abdominal Breathing, that also aims to initiate a ‘relaxation response’ by directly effecting the solar plexus. The brain is where we analyse; the solar plexus is where we ‘feel’ things. It is where we ‘store’ our traumas, our frustrations, our anxieties.
The solar plexus is situated midway between upper abdomen and spine, and so, basic diaphragmatic breathing – the rise and fall of the abdomen, can help to decongest this area with increased massage and blood supply. It is often used as a precursor to relaxation and works well with the hands resting on the space between the navel and the bottom of the breastbone – simply feeling the gentle rise and fall with the inhalation and the exhalation. This can be very relaxing, and most authorities will inform us that quality relaxation can be an antidote to stress and anxiety, but what about when we are out and about, and the stressful situation arises?
I remember in my early days of Yoga, and especially when I was learning the Three-Part Breath, I once found myself in a very tense situation. It was something to do with car repair. The garage had gone ahead and carried out expensive repairs I had not authorised. They would not release my keys until I had paid. I reacted, they became more aggressive and the tension rose. At this point, I thought ‘what am I doing’ – getting stressed’. I stopped, closed my eyes and took three deliberate Three-Part Breaths with the exhalation, long and slow. I felt much better, but more significantly, so did they! We had all relaxed. The rest of the conversation was stress-free. I still had to pay the bill! But we all parted amicably, on friendly terms even.
The Breath is yours, but its influence can extend way beyond its perimeters!

Following on from the basic abdominal breath, where the emphasis is mainly at the front, the next step is to increase control, precision and potential, by expanding the breath to incorporate, not only the front but the sides and back. This means that on the inhalation the breath begins at the front, fills the sides and moves to the back. On the exhalation, it moves from the back, then the sides and finally the front: the full Sectional Breath in the Upper Abdomen. I mention this extension because, one of the most profoundly relaxing and ‘releasing’ practices in the early stages, is to combine this breath with the body’s natural release mechanism – the exhalation, but to deliberately lengthen that exhalation. Thus, the inhalation passes directly through the solar plexus, from front to back (one could also visualise this breath as ‘energising’, dynamic) and, once again, directly through the solar plexus, from back to front with the thought of consciously relaxing, releasing along the whole length of the extended outbreath. A beautiful practice that can be done at any time and is also a brilliant practice that can be done in bed when the mind is busy and/or emotions are threatening to overwhelm – when sleep seems a long way off.

Staying with the early stages of Pranayama we find that after mastering the ‘mechanics of breathing – the three sectional breaths, the next move is towards introducing a steady rhythm into the breathing cycle. There are various reasons for this, but the one that concerns us here, is the undoubted effect that the breath can have on both the workings of the mind and emotional states. It has already been alluded to above with the normally recognised associations of deep and slow, and shallow and rapid breathing patterns, what differs here, is that an equal rhythm is introduced throughout the whole of the breathing cycle – IN, HOLD IN, OUT and HOLD OUT. And, in Pranayama equal rhythms are seen to be inherently balancing, steadying, calming. The understanding is that by balancing the breath it will also beneficially influence the mind and emotions.
The only consideration would be that it should be done without any stress or strain. And, as it is the rhythm that is important, it doesn’t really matter whether the ratio is low or high – 4,4,4,4 has the same effect as 12,12,12,12. There are other considerations concerning attunement of energy and breathing potentials that would encourage the practitioner to attain higher counts, but in terms of emotional and mental states it really doesn’t matter what counts are attainable – as long as the rhythm is equal.
All the other recognised Rhythmical Pranayamas are said to have certain outcomes that range through the whole spectrum of our lives – physical, emotional, mental and spiritual. And, many of those could be used in aiming to alleviate the effects of stress and anxiety, depending, of course, on what the primary causes were and the ‘energetic’ makeup of the individual. It is difficult to be specific concerning this section of Pranayama practice as it would also require a certain amount of experience and assimilation of previous practices.

We have talked about ‘alleviating’, ‘combatting’ symptoms, but what about prevention? There is one practice that I use just about every time I do my practice in order to ‘keep myself on a steady path’. It is bringing together equal rhythm breathing with alternation of the breath through the nostrils – Nadi Shodanah.
There are many books around which inform us that Alternate Nostril Breathing is a calming practice for the Autonomic Nervous System, as it can bring into balance its two aspects – Sympathetic, the dynamic side and the Parasympathetic, the calming side. There are two main considerations here, firstly, the word is balance, and therefore there is only one rhythm that would be universally acceptable – equal rhythms, as mentioned above. Secondly, the understanding why this breath should work hinges on the assumption that the nostrils are connected to the Autonomic System. The usual connections given are; right – sympathetic, left – parasympathetic. Thus, by alternating a steady, equal rhythm the practitioner can bring a balance, a harmony into the whole system. And, it is my experience, gained over 30 years of practice, that this Pranayama works. It is better done regularly but can also be done in times of need. At least 5 minutes should be done in any one sitting and 20 minutes is usually seen to be the maximum.
One crucial point here is that there are no physiological connections between the nostrils and the Autonomic System, although, of course, the sense of smell and its effects on our physiology can be immediate and profound. What Yoga philosophy tells us is that the right nostril is connected to the Surya Nadi (Pingala), channel of the Sun, the Shakti or dynamic energy of the body which relates to the Sympathetic; the left nostril to the Chandra Nadi (Ida), channel of the Moon, the reflective energy of the mind which relates to the Parasympathetic.
There should be no strain or stress involved in doing the practice. Good to remember that it is the rhythm that counts NOT how high you can get.
The practice –
The right hand is used to guide the breath. First two fingers are placed at the brow centre (bridge of the nose), thumb and ring finger are used to close the nostrils.
IN left, Hold In – close both, Out right, Hold out.
IN right, Hold In – close both, Out left, Hold out.
This is one round of Nadi Shodanah. The practice is ended with the Held Out phase after breathing out through the Left.
Stay comfortable. The rhythm is equal – same count for each phase.

The practices mentioned above are all part of Pranayama. Mostly, they are done whilst seated or lying, but some can be brought into play during stressful situations. There are many more I could delve into, but I think the main point I would like to make, is that it is regularity of practice that is crucial. And this is so for two reasons, firstly, the obvious one – the more practiced you are at something, the easier it is to turn it on, to connect with it. Secondly, and for me this is perhaps the most important reason of all, once you have connected with your breath through Pranayama practice it is always there and available, instantly. A powerful friend that can help to prevent, alleviate and ease the causes and symptoms of stress and anxiety. 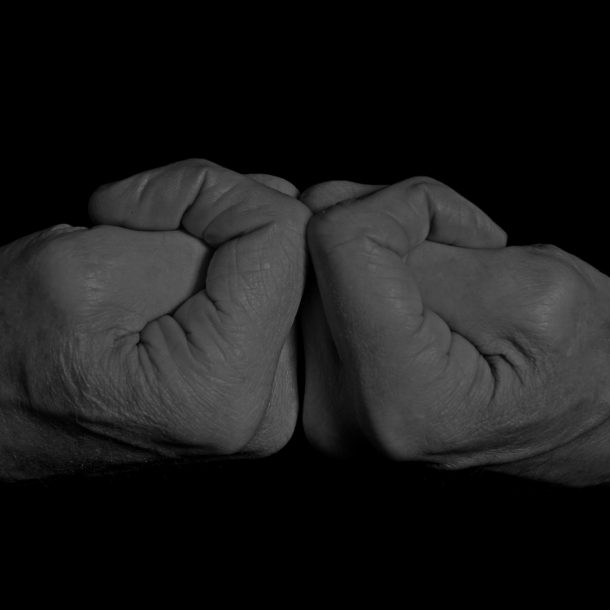 PRANAYAMA in PERSPECTIVE
Next Article